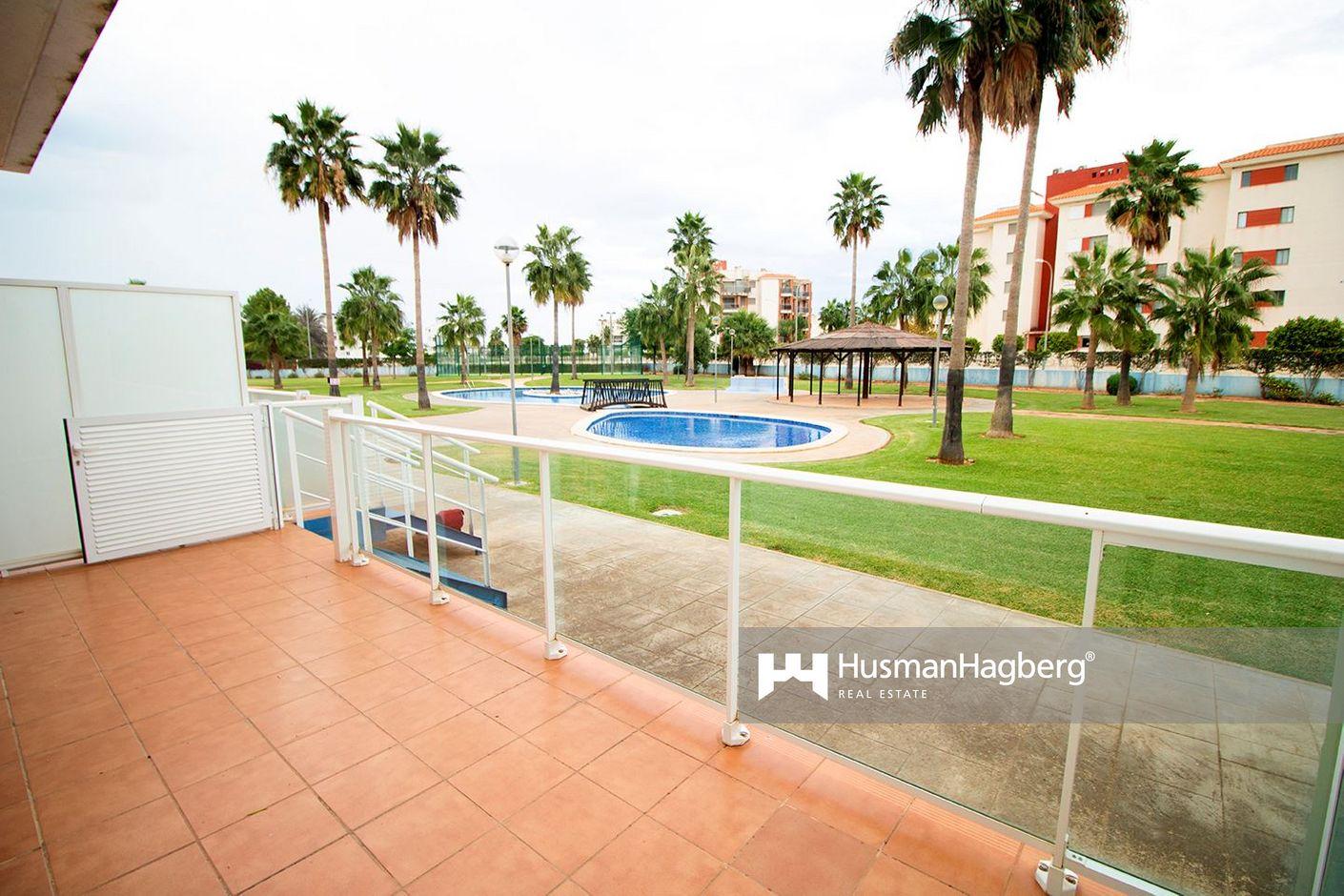 Modern apartment located on the ground floor with terrace with access to the pool and the communal garden. The apartment has two bedrooms and two bathrooms, a kitchen with terrace and large living room leading out to the terrace overlooking the pool and garden. The complex has paddle and tennis courts and a parking space is included in the price. The property is located only about 700m from the beach and close to all amenities, restaurants, supermarkets, shops. 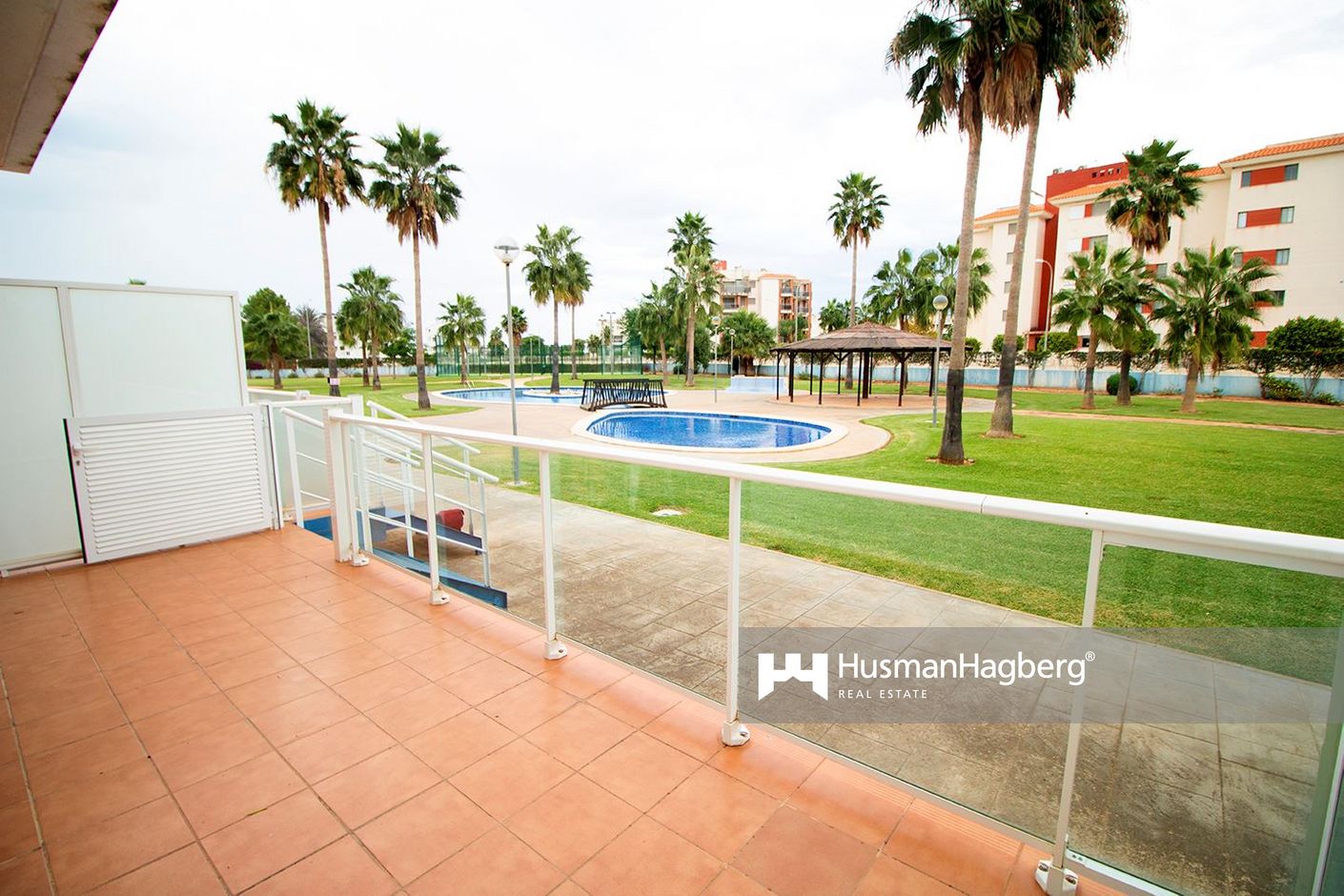 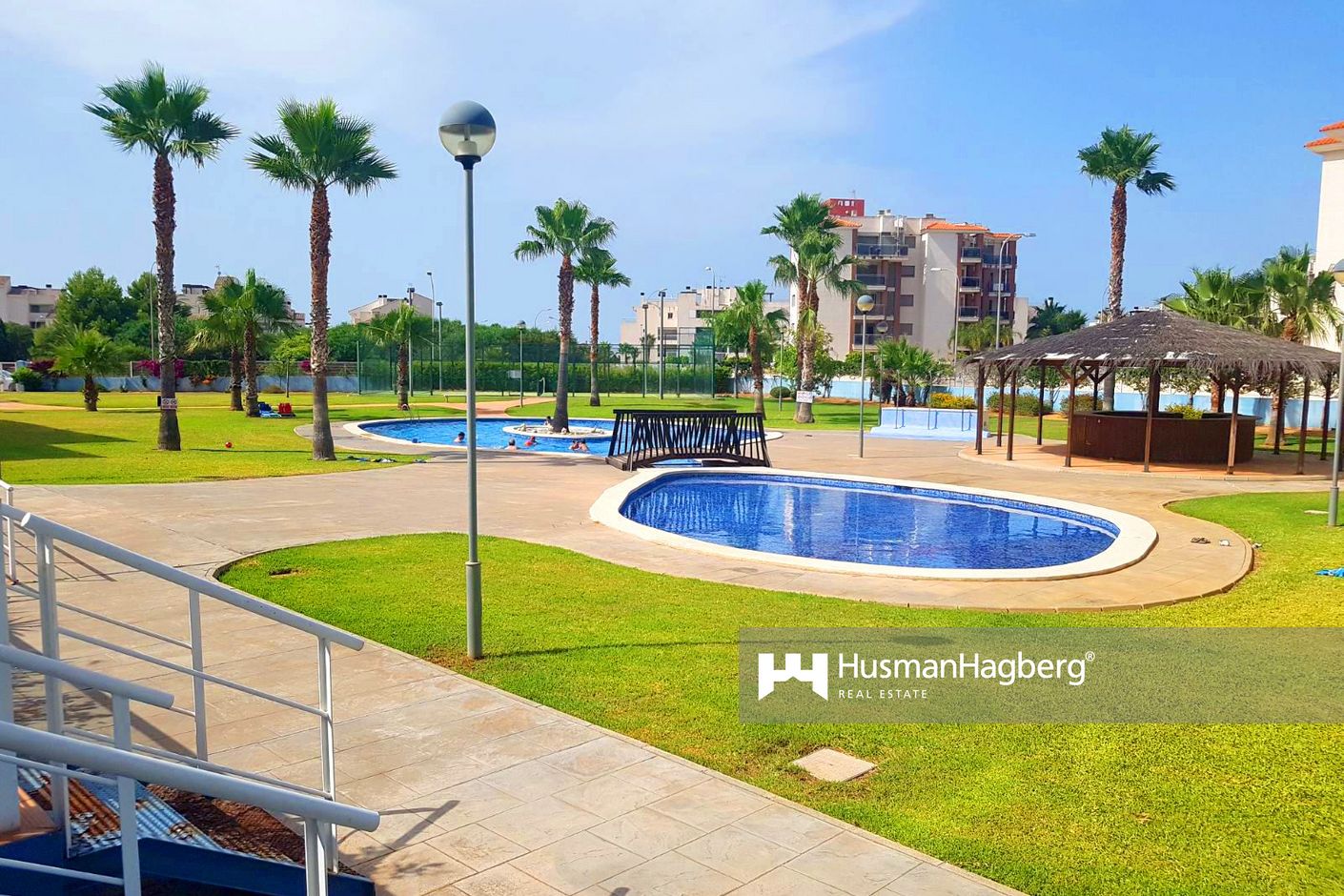 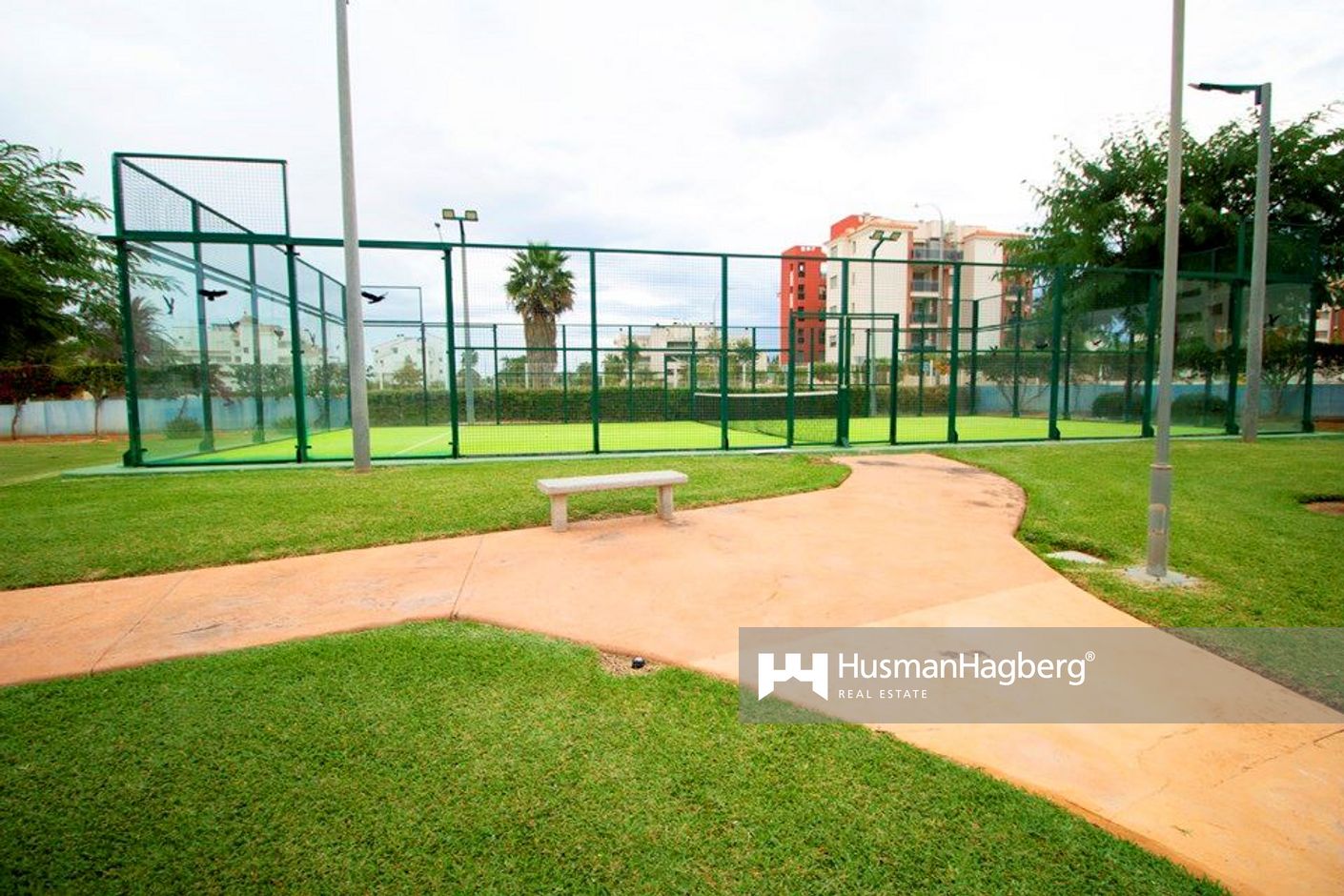 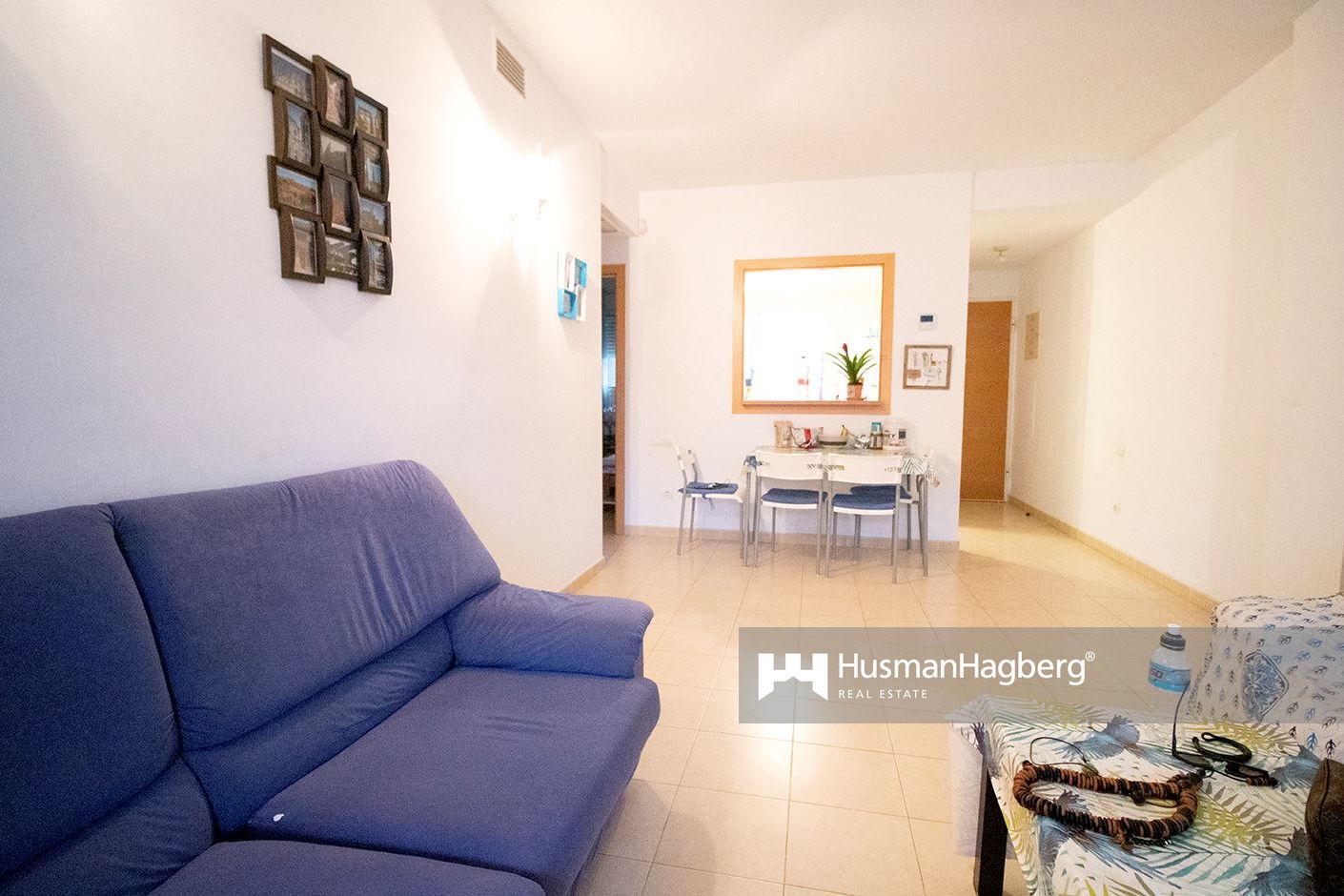 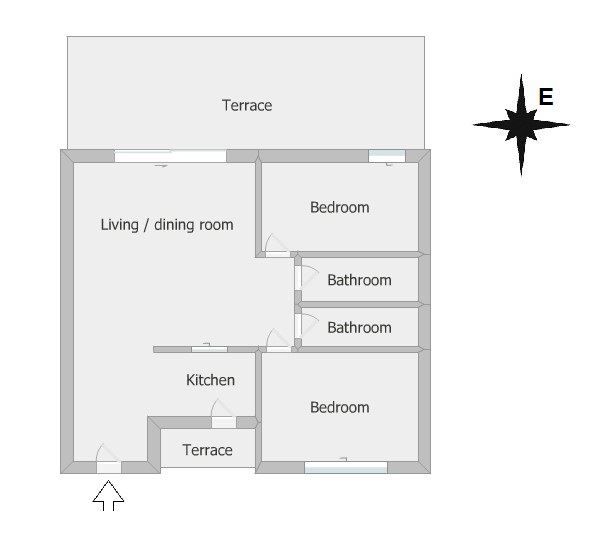