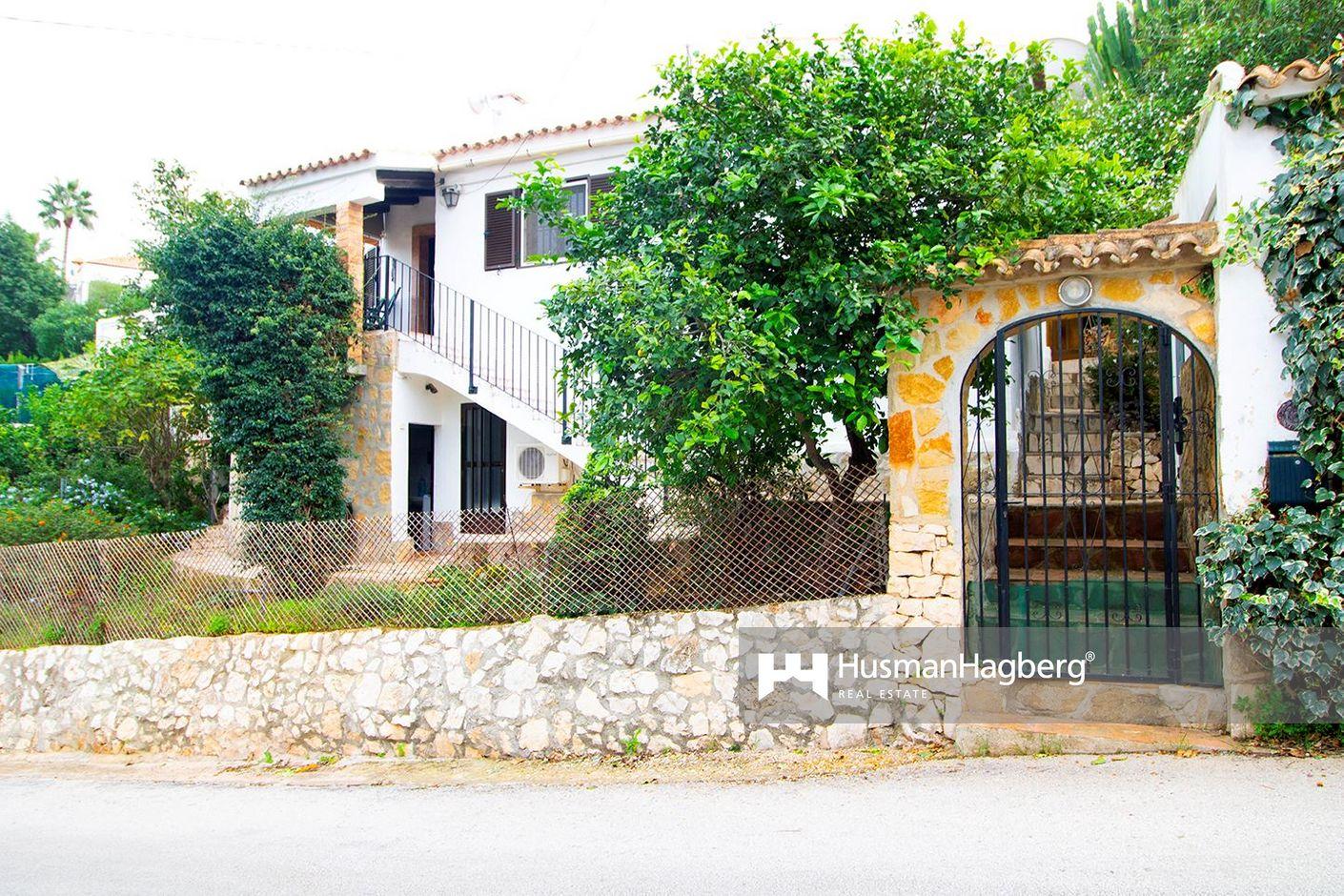 Charming rustic villa with sauna and close to all servicesDenia, Denia

Charming rustic villa with sauna and close to all services

This beautiful country villa is located in a prime area of Denia, La Pedrera, and has its own sauna. It is distributed on two levels, on the upper level there is the main living room. There is a cosy living and dining room with a semi-open kitchen next to it. There is also a fireplace in the living room. In addition to this, the villa has two spacious bedrooms (with built-in wardrobes) and a bathroom. On one side of the living room is the balcony, from there you have a nice view to Denia and the sea! On the other side there is the terrace, the barbecue and of course the private pool. The ground floor offers an ideal opportunity for a guest apartment. There is a bedroom, a bathroom and another large room that can be used as a living room or as a second bedroom. Finally, there is the sauna to the left of the floor. Large carport with plenty of space for parking and storage. In a great location, very close to the center of Denia with access to all amenities. The golf course "La Sella" is only about 10 km away. 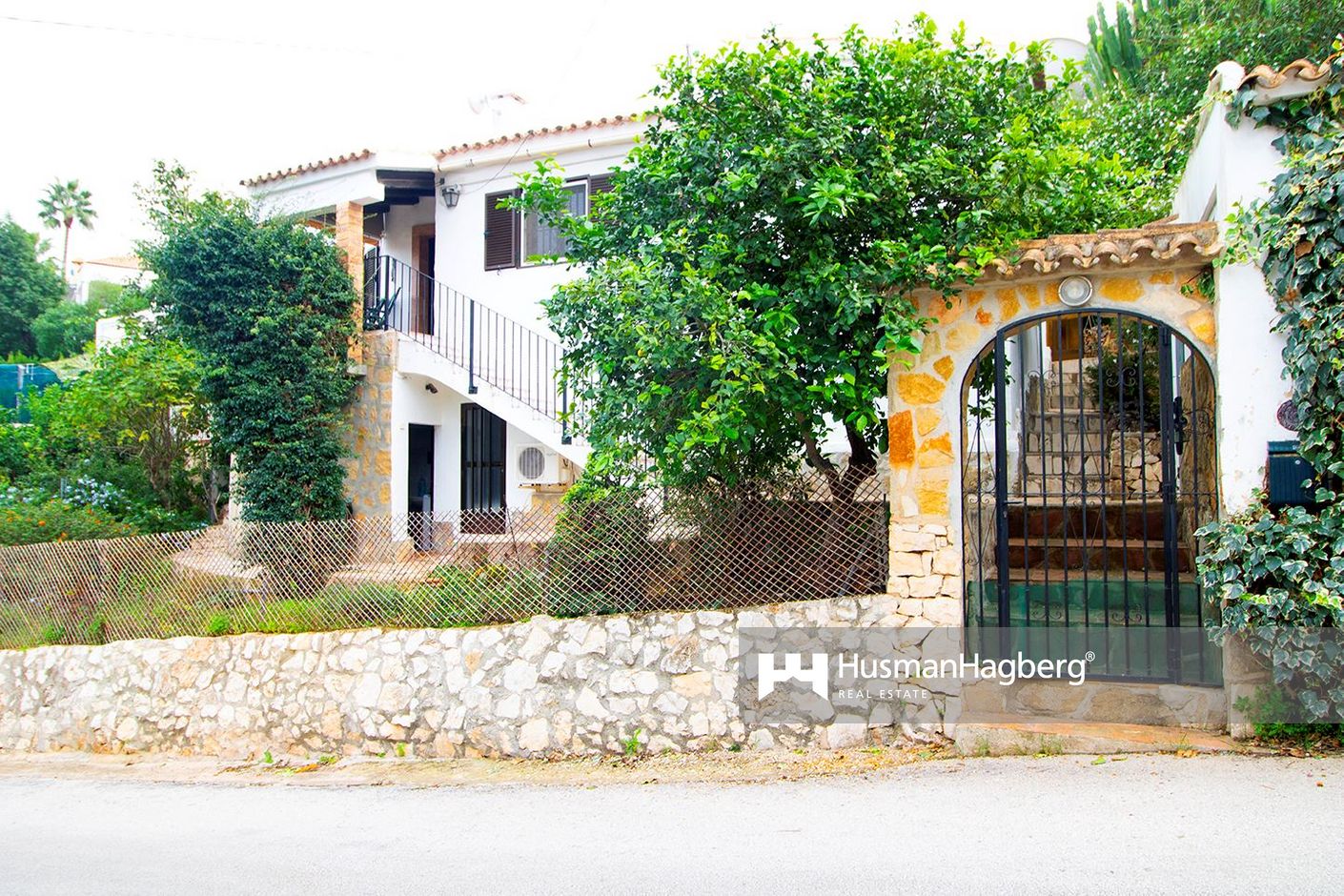 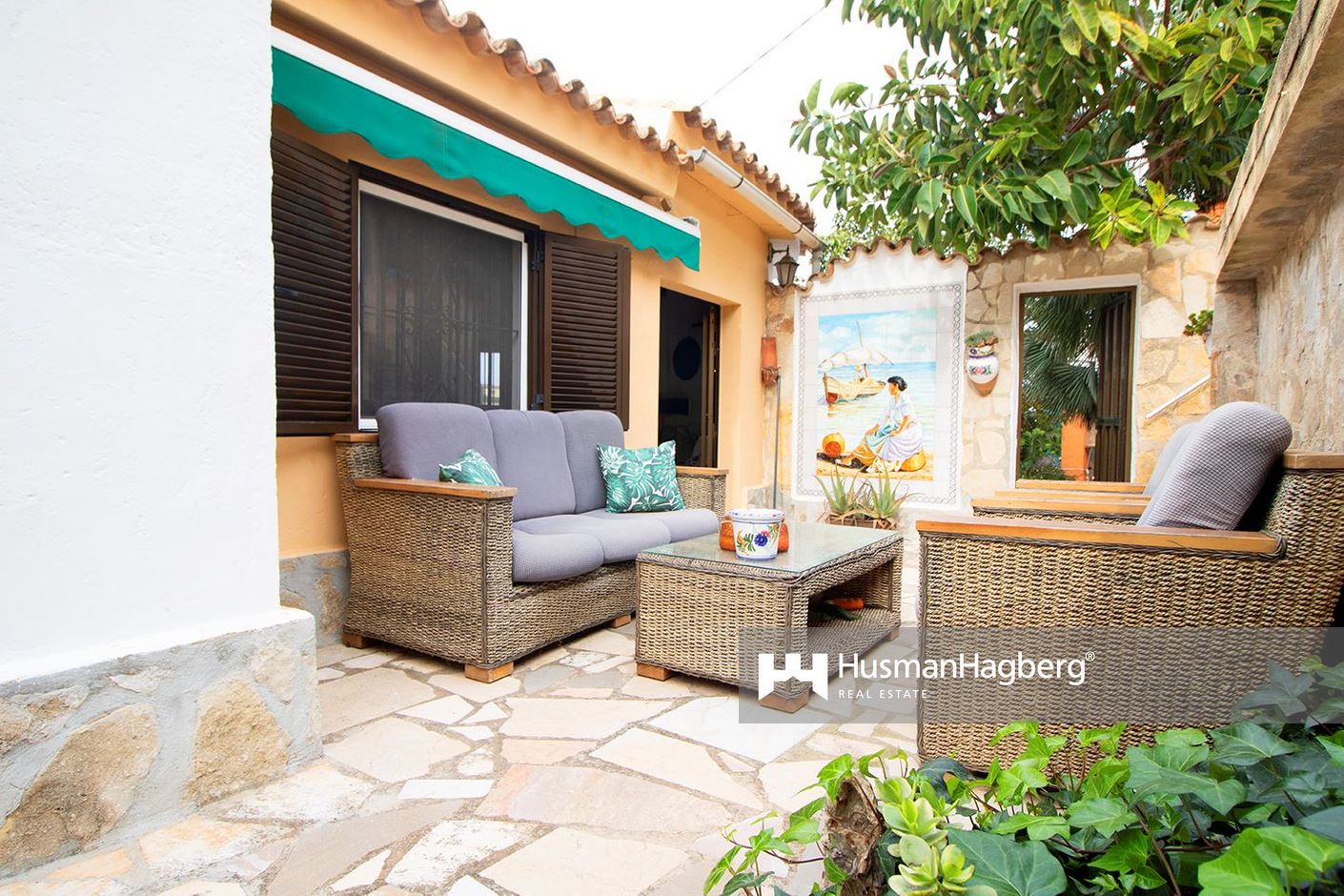 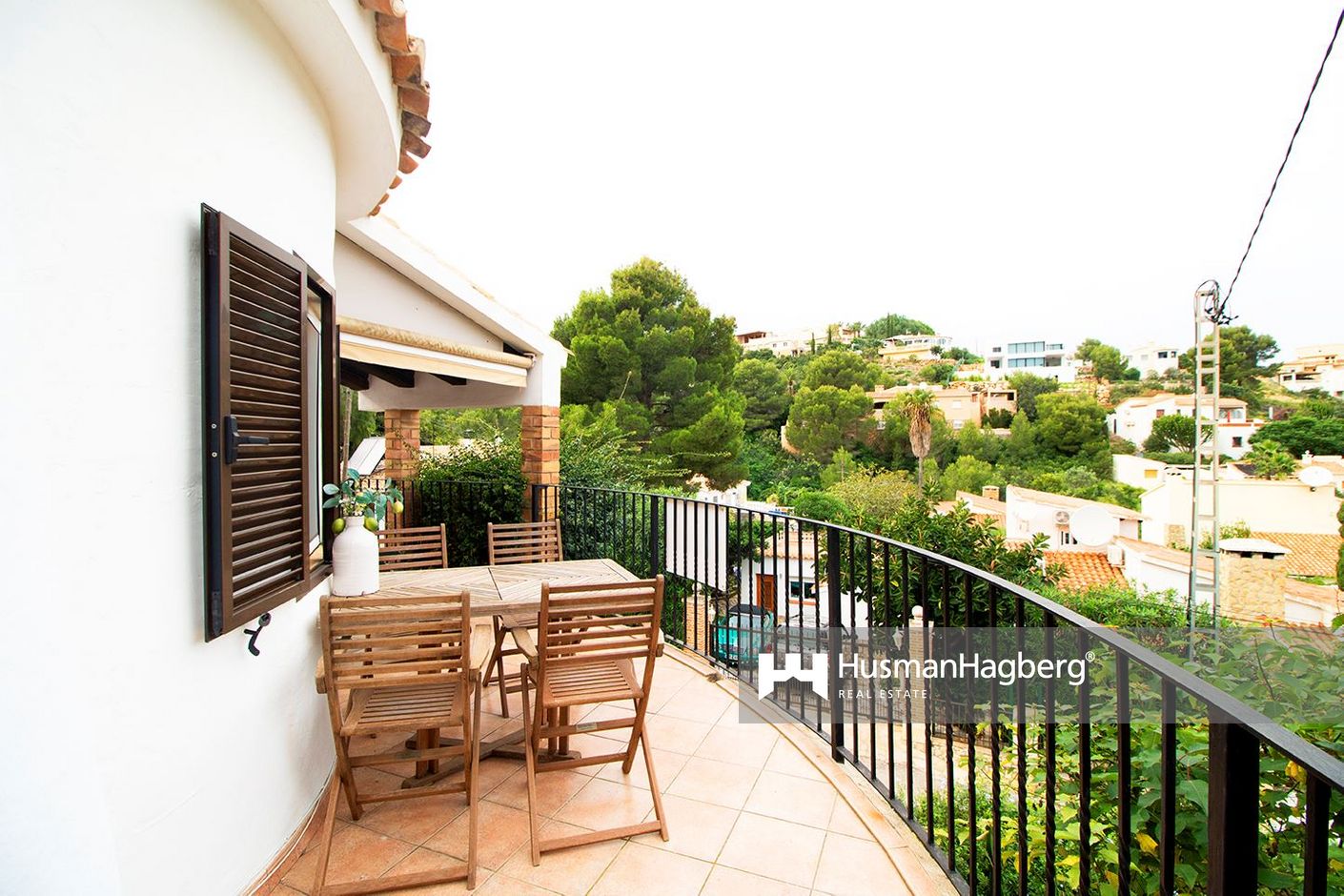 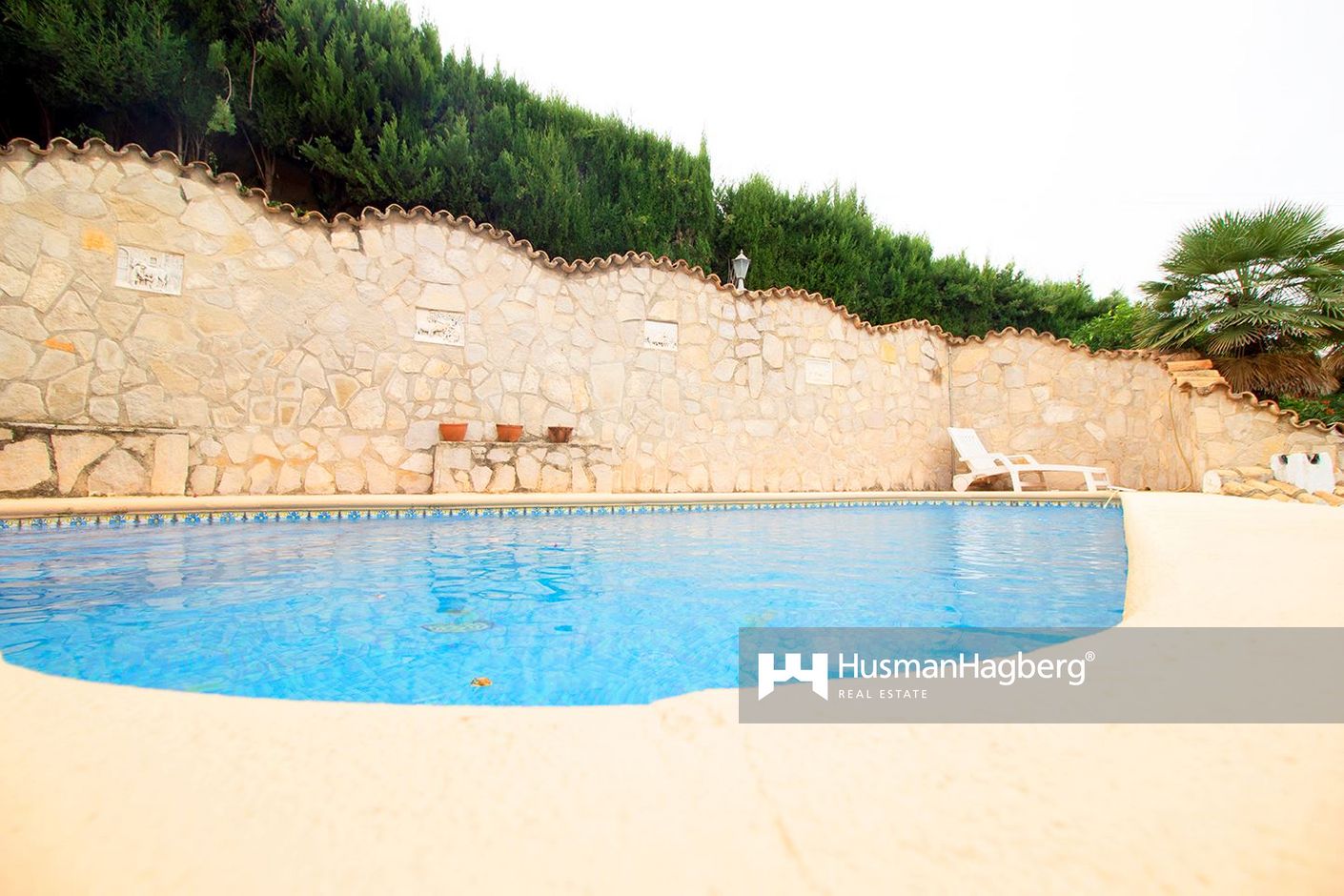 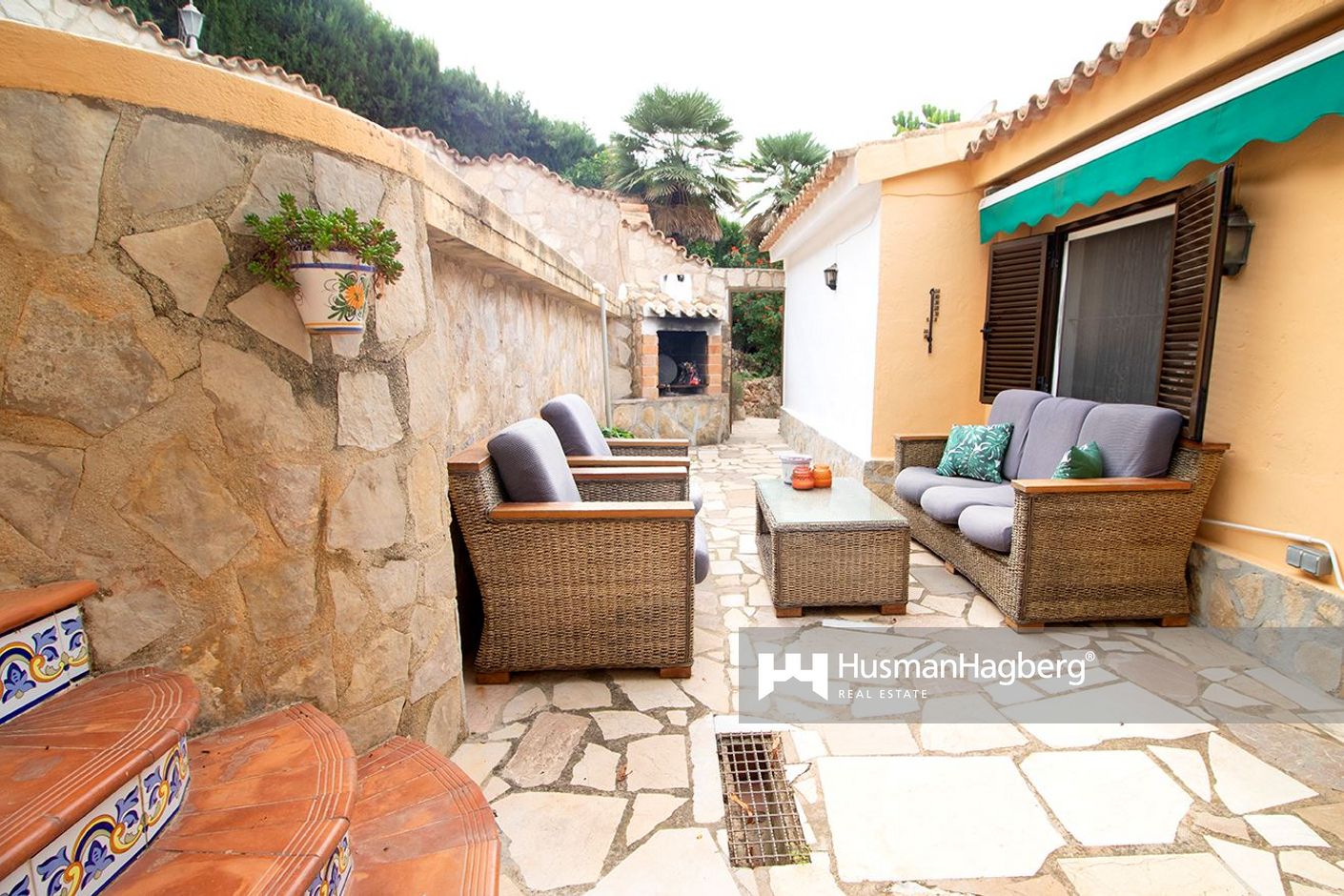